“Do you think it is now the time for the Cranes to finally break the jinx and make it out of the group stages of the CHAN Tournament?” asked a journalist, pointedly, as Mckinstry’s cranes welcomed the tournament in Cameroon ‘with a lot of talent and experience’ at their disposal.

A week earlier, the Cranes had had a magnificent display in a mini pre-CHAN tournament against Milutin Sredejovic’s Zambia. It was indeed an electrifying display that saw the Cranes win the game 2-0 with goals from Vianne Sekajugo and Steven Mukwala respectively.

The cranes may have been partly indebted to Charles Lukwago’s brilliance in goal for the victory, but Mckinstry’s tactical display made for the arresting viewing at the other end of the pitch, never more so than for that the forementioned defensive masterclass.

It is fair to say that the team put in a shift, Mukwala showcased speed, strength, skill and deftness of touch to surge around the outside of the defenders, the awareness and composure to finish the way he did was incredible.

It was the Uganda cranes at their most uncontainable and unrestrained, and one of those moments that make you wonder why, a team with some of the most formidable arsenals of talent in the modern game has routinely left Ugandans underwhelmed, wanting and expecting so much more under the stewardship of the Northern Ireland man.

If Mckinstry’s tenure at the cranes was like a movie trailer, it would be the ideal teaser to a high octane Micheal Bay blockbuster: very stylish and jaw-dropping in parts, but ultimately lacking real substance and unable to leave a lasting impression.

Rival managers should look at Mckinstry and dread facing him – he has a rich reśume, a renowned nomad within African teams which comes with experience, a great offence oriented football philosophy and most importantly, humongous respect in the game. How he falls below these expectations is utterly unjustifiable.

Some things have been beyond his control, however. The federation’s inconsistency in hiring his support stuff (usually not by his recommendation), continual change, injuries to his star players which has contributed to his maddening inconsistencies in team performance. But if this was a two-way street and looking at the team, this seems to be a thing of the past. He now has a lot fewer excuses not to deliver consistency.

The team plays for him, they look hungrier, faster and sharper. The players for now, at least seem happy and committed, even if that feels like a potentially fragile peace and marriage of convenience.

The introduction of forward-thinking midfield players like Bright Anukani, Shafik Kagimu and Karim Watambala seems to have galvanized everyone on the team especially coming off the East African glory from the CECAFA Nations Championships the previous year.

Tony Mawejje is the only midfield player that made the trip to Cameroon that wasn’t with the team during the CECAFA championships but his experience and charisma welcome qualities to the team, having someone there who is happy to shoulder the responsibility of carrying the team forward is significant.

Some in Uganda have wondered what sort of manager would have revealed himself, say if he had the flea of his predecessor Sebastian Desabre. He has the ability to study his opponents to the latter and come up with a match-winning strategy to deliver victory, but his concentration can often lapse.

A lot has been made about the team that travelled to Cameroon for the competition with the biggest highlight being KCCA FC’s Brian Aheebwa, an exciting player described by many as a natural goalscorer as seen from his impressive form since the commencement of the 2020/2021 local league season.

The excitement around the player is a lot, so much that so many many Ugandans were angered that he did not start and only come on as a substitute for the injured Milton Kalisa in the East African derby against Rwanda.

The derby was Uganda’s opening game in the competition and will be remembered for a dismal display from the Cranes who shared the spoils with their neighbours in a goalless draw-so much for preparations.

While all is well and quiet with Mckinstry now, the reality is he will be assessed by the majority of the Ugandans based on this tournament. Friday 22/01/2021 game against Table leaders Togo will be a tough test for him and his Cranes team. All eyes will be on him vividly.

Yet for all the politics and power plays that may yet again take hold, the reality is this: Mckinstry owes himself a good tournament as much as he does Uganda and with no way out now and high expectations from Ugandans, it’s time for the real Jonathan Mckinstry to takeover. 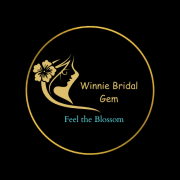 Timothy Kuteesa
Timothy Kuteesa is a professional journalist and editor with The Touchline Sports. He is also a certified Content & Digital Marketing Executive and Statistician. He likes to do a bit of Poetry & Writing in his free-time as well. Creative Art and Graphics Designing are some of his intrigues, coupled with Video & Photography. Email = [email protected]

Matchday 18 Preview: the Bundesliga continues in style at Borussia-Park tonight

Join Us on Social Media